Where do you get protein on a plant-based diet?

Where do you get protein on a plant-based diet?

Protein and a Plant-Based Diet 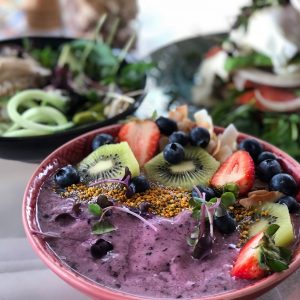 There’s an abundance of evidence to support a predominantly whole foods, plant-based diet, despite all of the high protein diet crazes out there. In fact, excessive animal protein consumption has been linked to an increased risk of cancer, heart disease, stroke, type 2 diabetes, kidney and liver dysfunction, and coronary artery disease. This is partly due to animal proteins containing harmful levels of saturated fats, cholesterol, Heme iron, TMAO, and endotoxins. Unfortunately in America, there is a conflict of interest due to the Agriculture Administration forming the dietary recommendations, while other countries rely on their health departments to do so. Thus, it is important that we keep ourselves informed by looking into the studies done by the health and science community as well. 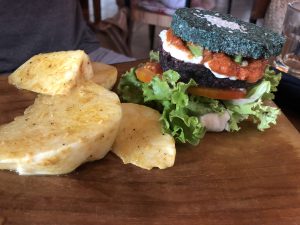 Before we start, the nerd in me feels the need to briefly explain there are 3 MACRONUTRIENTS: Carbs, Proteins, and Fats. These macro-nutrients act as units of energy helping your body repair and carry out it’s daily tasks. So it’s important that we are conscious of our eating habits and maintain healthy levels of all 3. That being said, I’ll be focusing mainly on daily protein intake.

In a nutshell, protein is used to build and repair tissues (muscles, bone, cartilage, etc.) and aids in the creation of enzymes and hormones. It is made up of organic compounds called amino acids. There are 21 types of amino acids, 9 of which are considered “essential”, meaning that they are not created naturally within the body, and therefore must be attained through our diet (we have to consume them). The rest are “nonessential” amino acids and are naturally produced in sufficient amounts by the body, specifically the liver.

How Much do we Need?

While in the past, due to some faulty research, it was widely accepted that protein was the main building block for the human structure. We have recently come to understand that not only do we 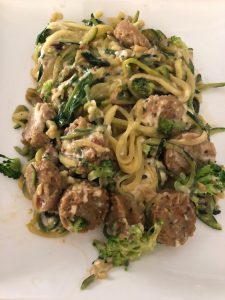 not need a lot of protein but it may actually be hurting us to have it in large amounts.

contains essential (must be consumed in our diet) and non essential (can be produced in our body) amino acids necessary for building muscle. Since the average person isn’t completely made of muscle, not much is really necessary to maintain a healthy diet. In fact, doctors like Dr. Jyrki Virtanen have found that a “very high intake of meat, especially processed red meat, is not good for overall health,”. His study concluded that from the data of 2,441 Finnish men, 334 of them suffered from heart failure, and those with the highest protein consumption had a 33% increased risk of heart failure. 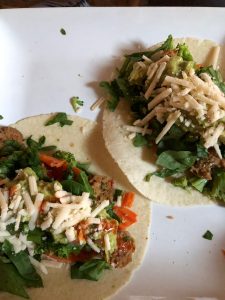 The importance of protein in our diet has been heavily debated and fluctuated over the last hundred years. Since the early 1900’s, the recommended protein requirements for the standard American diet steadily increased, and many diseases had been wrongly attributed to a protein deficiency. It wasn’t until the 1970’s that previous research was found to be flawed, due partly to rats being the subject of many studies, and rats requiring 10 times the protein as humans. Thankfully, the science was reevaluated, and infant protein requirements dropped from 13% of daily calories to 5%. It is now clear that when it comes to protein, we need to be more concerned with the quality over the quantity.

Another false claim is that plant sources of protein are “incomplete proteins”, because they contain varying levels of all the amino acids, and thus were thought of as insufficient. Although meat has high levels of all amino acids needed in the body (because it most closely resembles human flesh), all essential amino acids originate from plants, and animals must eat plants to get their protein, too. So the only truly incomplete protein there is, that we know of, is gelatin.

It has also been proven false that animal protein sources are more effective at building muscle over plant sources. The Journal of the International Society of Sports Nutrition conducted a study comparing whey protein and pea protein in relation to increases in muscle thickness and strength. It was concluded that both were equally effective, whereas it had been previously thought whey protein was superior.

While plant sources of protein and animal sources seem to be equally effective at building muscle, more and more evidence has come forth showing that plant protein is actually a healthier choice. When cooked, preserved, and digested,

animal products have been shown to release harmful, inflammatory compounds, as well as cause oxidative stress, both of which are markers for aging and disease. In fact, Dr. Walter Willet, the Chair of Harvard’s nutrition department, recommends more emphasis on plant sources of protein over animal ones.

So What’s in Meat That’s so Bad?

While animal products may have more protein than most plant-based proteins, they also deliver these into your system:

● Endotoxins- Bacterial toxins formed from the breakdown of cells, and found in animal products, which, when consumed, flood our bloodstream with the toxin and causes inflammation, a marker for heart disease.

Where Should You Get Your Protein?

Your body effectively stockpiles amino acids so as long as you’re eating a variety of whole foods, long term, you can ensure your protein, and most nutrient requirements are met. Some recommend 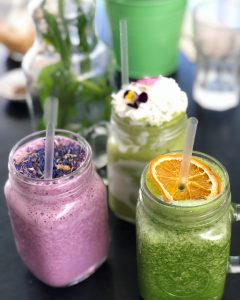 pairing rice and beans, for instance, because rice is low in the amino acid beans are high in. However, it doesn’t need to be done in the same meal, or even in the same day. Your body is that good!

Unfortunately, animal proteins lack the fiber and phyto-nutrients that whole foods like plants have. Here’s a list of some healthy protein sources to get you started:

We must take the initiative in finding what is best for our own health. You can take this quiz to test your knowledge on protein and I encourage you to calculate your own protein requirements to start taking an active role in your health. Also peruse the sources provided below and consult your doctor about getting blood labs done to fine tune your personal nutrient needs!